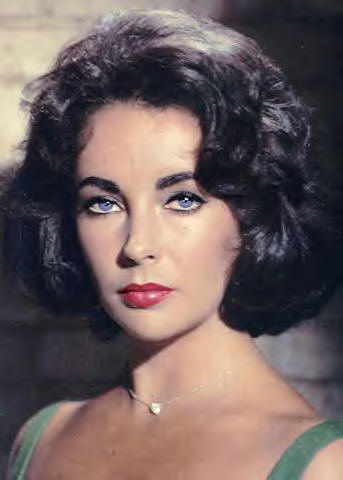 The famous Elizabeth Taylor with her violet eyes and Mars signalling mole on her cheek was born in London on the 27 February 1932. Her birth falls into the ascending Sagittarius, which belongs to Pisces, was at the 7 degrees Sun. This famous person was born when the Sun was rotating 7 degrees to Pisces and Mars, a mole mark on her cheek, advances 1 degree to Pisces and conjoins the Sun. The signal of Mars appears as a mole on her face. The conjunction between the Mars and Sun on Elizabeth’s map is supported by the fixed star, Formal Haut. The fixed star, Formal Haut is link to Mercury and Venus in character (some sources mention Neptune, too). It represents fame, distinction, success and leadership. In her lifetime Elizabeth Taylor left a mark with her beauty, sexual appeal, violet eyes, marriages and her cheek mole signalling Mars. The star, Formal Hault, is positioned at the conjunction of the Sun, Mars and Mercury. On the map 4. the conjunction is the first decan of Pisces. According to the limits of Ptolemaios this decan is confined within the boundaries of Venus. On the map Venus is 17 degrees to Aries in the 5th House and the point of fortune is positioned at the conjunction of Past of Fortune.